I am working on my syllabus for Bioethics. There's plenty I plan on teaching which should hit like a truck. I don't know there's any way to talk about Bioethics without talking about the vastly different experiences of childbirth people have in the United States. Tressie McMillan Cottom's essay about how she was treated by US healthcare will be on the syllabus. Moreover, there are articles about decision-making and euthanasia where bland, non-descript prose tries to not get in the way of the most difficult questions. I think if we can get a serious discussion about how we actually value life out in the open, this will be both a useful and memorable class.

The Former President's goons can be helpful. You just need millions of dollars, an authoritarian movement, and a desire to do a coup

I'm also hungry for news about Brazil. I'd like to see how they fully respond to the coup attempt. They are currently arresting and shaming those responsible, in stark contrast to (clears throat):

I'm fascinated with the attitude of the authorities. I myself want to know how to better deal with the unacceptable. They don't seem to be turning away from it, pretending its an aberration. Perhaps this is because, as Ryan Broderick notes, Bolsonaro's supporters are forthright in their demands for dictatorship:

Now, there are plenty of Bolsonaro supporters who believe all kinds of absolutely absurd internet horseshit. And you can see evidence of that at their manifestations. One OSINT researcher spotted the English phrase “We want the source code,” written on a protestors’ banner yesterday, which is a reference to a conspiracy theory about the source code of the country’s voting machines. But you don’t really need to weaponize misinformation as much if your political base is comfortable admitting very publicly and loudly that they want the military to overthrow the government. Which is exactly what one Bolsominion told police, according to a report from CNN, after he was arrested in Brasilia with a cache of weapons. He said he wanted to “provoke an intervention of the armed forces.”

I can't really recommend Broderick's dispatch from Brazil enough. He details the differences between the January 6th rioters and those in Brazil. His comment that the US is terribly behind many other countries in recognizing and responding to authoritarianism needs to be repeated loudly to those in power.

Irving Feldman's "The Recognitions" is a rare love poem. I'm used to those which are harsh, positing what they believe are difficult but necessary truths. Dickinson's "The Soul selects her own Society" is an example. When "The Soul selects her own Society," when the Soul chooses one beloved, she may "close the Valves of her / attention — / Like Stone." I'm also used to love poems in the style of the high school canon. What was it like trying to seduce someone in the 17th century? Marvell's "To His Coy Mistress," to take an example, pulses with impetuous energy. Sometimes he's cheeky and self-deprecating, such as when detailing his own male gaze: "My vegetable love should grow / Vaster than empires and more slow; / An hundred years should go to praise / Thine eyes, and on thy forehead gaze; / Two hundred to adore each breast...". Sometimes, he outlines more profound ideas, such as love being temporal. Either love in this life, or don't love at all. Marvell, on too much Time: "...then worms shall try / That long-preserved virginity, / And your quaint honour turn to dust, / And into ashes all my lust; / The grave's a fine and private place, / But none, I think, do there embrace."

I've learned much from these sorts of poems, but "The Recognitions" is a unique meditation on love and self-esteem.

I often feel guilty asking others to pay attention to me. So it's a bit weird to think about regard being so dependent on recognition. Like lots of people, my ideas about love come from bad romantic comedies. Mere recognition doesn't look like it has the weight as breaking up with someone who is too obsessed with work or who fails to understand the true meaning of Christmas. But here's the central moment of the poem: "it was merely you who recognized me, / speaking my name in such a tone / I knew you had been thinking it / a long, long time." This is in the rom-coms too, and also not in them. There's always someone saying "Gary" or "Linda" in a bright, sweet way near the end of the movie. But if you're really thinking about someone, the recognition has to be more than dramatic. It should allow someone to recognize themselves: "Because of this, suddenly / who I was was precious to me."

One of the best gifts that can be given is paying attention to someone. (Another excellent gift: accepting such attention, when desirable). It's a specific kind that's needed, though. Feldman drops a hint to what it is in the first half of the poem. There, he wonders what it would be like to be seen by, say, Zeus. To be sure, he's explicit with "Not the god," emphasizing being seen by anyone but a god. And he advances a skepticism about godliness. If a god, all they see is "some notion" and they react with "impetuous thunderstrokes of summoning." What's needed most is human attention. Attention which desires to be constant, to find more than some excitable notion. Attention which refuses to summon, but instead reveal.

...I'm writing things like "I am an award-winning teacher" and "I help students identify and use their resources" three or four times a week.

You could say calling yourself "an incomprehensible / Bit of doodle" has nothing to do with the birth of 17th century rationalism. 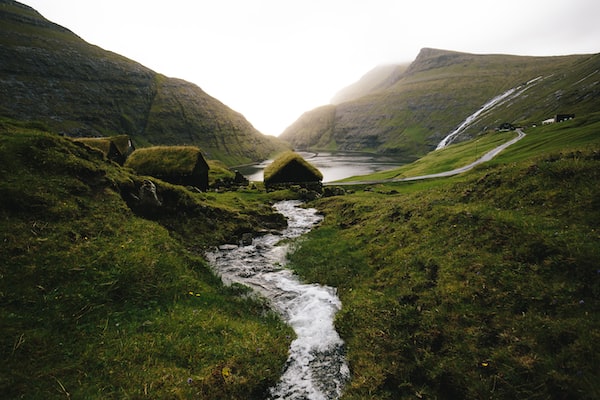 Kay Ryan does not bring us to the landscape, but the land itself.