What is the best question we can ask about the 2022 US midterms? We know at least one which is terrible. "What does the midterm tell us about who will win the Presidency?" is a disgrace. It reduces grave social and political phenomena to the mechanics of celebrity. We don't want to know who will win—that's not interesting. Much more interesting is how a popular consciousness may be forming under specific conditions. Eventually, we can investigate whether or not that consciousness is allowed to govern or is subverted by minority rule.

Again, I say "may." I don't know. I believe it is prudent to start by talking about what didn't motivate voters. Andrew Lawrence of Media Matters has a take worth engaging at length:

"Maybe screeching lunatics at school board meetings turned off middle america" sounds correct. But up until the election, a number of pundits and journalists claimed it wasn't. They needed to paint both sides of a given issue as legitimate. A desire for access to an increasingly extreme party and fear of alienating their voters/viewers/readers meant downplaying terroristic threats. I believe this take does the work of throwing out bad faith arguments which depict Republicans as offering a serious alternative for managing the country. A number of voters clearly saw the hatred Republicans created, and were repulsed.

What this take does not do—what it cannot do—is explain what long-term exposure to such extremism does. Parker Molloy at The Present Age talks about the media's long obsession with moving to the right:

What’s even more frustrating about the lurch to the right that happened following Trump’s 2016 win is that it ignored the role the press played in giving him that win. It was a media environment that helped him win, and the response to his victory was to make it even more favorable.

Yes, I know I said above that the media has practical reasons for indulging right-wing extremism. They want access to the party which won the House and want that party's voters as an audience. However, there's a deeper problem. They also see politics as part of a game, a game of which they're a part. The horserace narratives used come full circle. The pressure to normalize what they must report on means giving raw power far more respect than it is due. All that matters is the game, and they ought to try to win the game for themselves.

What's interesting to me is the habit of mind at stake. You shouldn't be giving people who want to murder you any real respect! The gamesmanship the press worships rubs off on the American people. We the people start believing that those who exert power must be doing something correct simply because they have power. This habit of mind, you'll note, is completely antagonistic to the very concept of rights. The First and Second Amendments become weapons to wield against other citizens. A healthy foundation for rights—one in which citizens feel safe, valued, and cared for; a foundation necessary to have society at all—is dismissed as utopian dreaming.

Molloy sees the media as moving to the right once again, but this time increasing their distance from the public. The title of the post quoted above: "The clear message of the midterms: the press is out of touch with the public."

I think this is generally correct, but I want to exercise even more caution. It is not clear to me that people see making others feel horrible about themselves for no reason is bad. It is not clear to me that the American public is ready to stop mass shootings, despite the poll numbers. Our sense of what rights we have has been thoroughly debased. A lot of us, myself included, believe we have to earn dignity. (Meanwhile, Donald Trump, Jr. continues making videos about his gun collection and sharing them to a rapturous reception.)

This is pretty close to the opposite of the truth. R turnout was better, Dems won where they did in tight cares because of persuasion and winning over swing voters and independents. https://t.co/bkweFFtN2a

The meaning of the election is something like the following. Americans can see and respond to right-wing extremism, but they are not being fully empowered. This traces back to not just the media, but the Democratic party accepting the culture of gamesmanship as normative. It is not clear they can or will hold everyone responsible for January 6 accountable. Every delay of Merrick Garland in prosecuting Trump normalizes a coup attempt. Every time Democrats fail to point out how laughably corrupt and bigoted the opposing party is, they fail those most vulnerable to that party's excess. Not only those who need to escape the violence of fascist gangs, but also those who need the Medicaid expansion, an increased minimum wage, state services that work.

Americans sense something is wrong, but that sense won't last. Extremism wrecks society. It breaks people, as they lose their trust that normalcy can be had. That's where we're heading unless threats can be named and shamed. Unless the current President actually gives material support to those who elected him.

I want to begin by placing Nietzsche's account of forgetting and memory in dialogue with a choice line from Plato.

Our present moment indulges images of cars in distress. 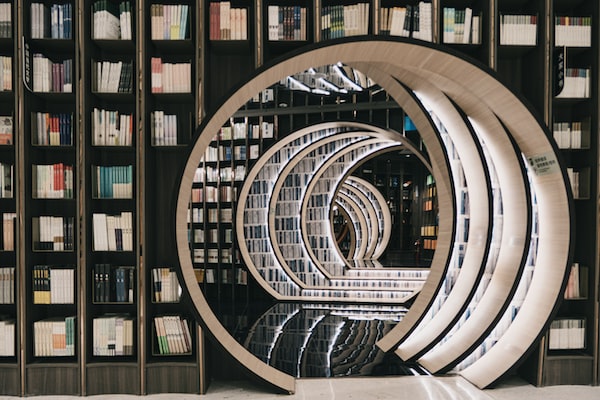 I don't think I ever was a good student.